History of the electric fireplace

History of the electric fireplace 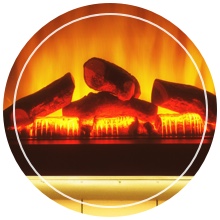 The first practical electric fire was made in 1912.

It then went on to become a great source of warmth for homes across the UK.

As the years went by electric fires became more popular in the 1950s and households relied on them at times when the cold snaps hit their homes.

Electric fires were popular because they could be moved from a front room to a back room or wherever there was an electric socket.

Safety of the electric fire 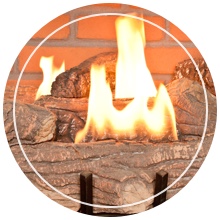 Electric fires were unstable and could have been knocked over causing a real fire. They also ran the risk of over heating.

Electric fires could warm a room nicely if put on well in advance and ran off 3kw of electricity - a much more affordable option than gas.

The benefits of an electric fire 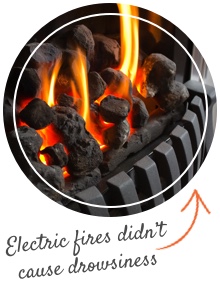 Electric Fires didn't cause drowsiness like paraffin heaters and coal and gas fires because nothing was burning to use up the oxygen in the air.

Over the years electric fires were reinvented and in the 1980s they became a part of contemporary living.

This was because some households still didn’t have gas central heating.

Designs varied and became a popular option in many people’s living rooms.

Brilliant Fires took off in the 80s 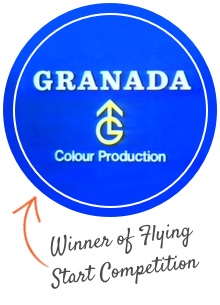 The show was a Dragon’s Den type show and Jim’s designs wowed the judges.

As the electric fire evolved over the 1990s Brilliant Fires changed designs with the times.

Over a decade the company grew and electric fires became increasingly popular in households across the UK as they became more attractive. 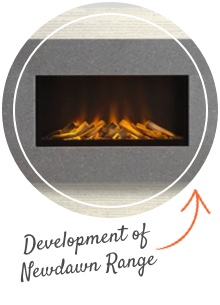 And in 2008 it was an even big year for Brilliant Fires, with the development of the Newdawn range of electric fires.

The stunning Newdawn fires have a flame effect that were previously had never been possible in such a slim fire.

The fires have an innovative way in which the flames emerge from within the fuel bed.

Where we are now

Brilliant Fires are proud to have been on the journey with the electric fire! We offer the best designs in the industry and our beautiful electric fires have come a long way. 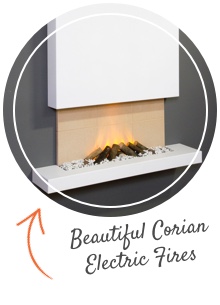 We strive to evolve and change with the future of the electric fire bringing modern fires to the comfort of your home.

Take a look at our stunning Corian designs here

Your hub for modern living, from installation guides to the latest hot trends, advice, guides and inspiration.

So sit back, relax and be inspired.